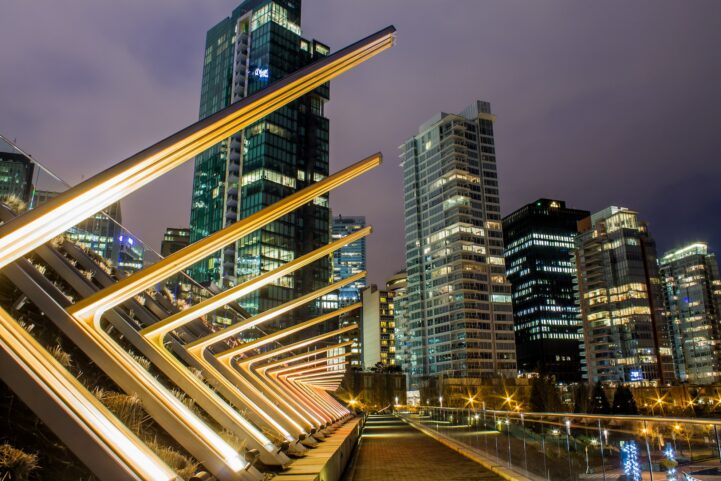 Canadian real estate is seeing an increasing number of mortgages go to non-permanent residents. A report from Canada Mortgage and Housing Corporation (CMHC) shows a rise in the number of mortgages serviced by non-permanent residents. The report is shocking to some, but it’s worth remembering it only covers 2014 to 2016. Despite the data showing a rise, the series ends before the landscape of foreign buying was drastically changed by the Chinese government.

Total Share of Non-Permanent Resident Mortgages Is Huge In Vancouver

The share of mortgages held by non-permanent residents is really high in Vancouver. CMHC estimates 2.6% of all mortgages, are held by non-permanent residents in Vancouver. To contrast, Toronto is in second place with 1.1%, and Montreal is in third with 0.5%. Vancouver has more than twice the ratio of Toronto, and nearly 5x the ratio of Montreal. This is why it’s laughable to people in Vancouver, when Montreal says it has a foreign buying problem.

These Foreign Buyers Are Mostly Young

That Was Then, This Is A Post-Capital Control Market

Is foreign buying a trend that’s still exploding in growth? In typical government fashion, the CMHC is taking note of the issue after it has started to resolve. The overseas real estate buying process for  Mainland Chinese was dependent on the circumvention of capital controls. These controls limit each person to converting US$50,000 worth of yuan to foreign currency, per year. Not even enough for a downpayment on a house in Vancouver. The way around this, is a process called smurfing.

We’ve done a whole write up on how smurfing works, but the gist is you borrow other people’s capital allowance. This increases your US$50,000 capital export limit, to an amount limited only by the number of people you can find to smurf money for you. From 2014 to 2016, one of the largest capital migrations in history occurred, with over US$1 trillion leaving China. Much of this ended up in real estate, an asset that has a long history of being used as an inflation-sensitive hedge in Vancouver.

Starting in 2017, China cracked down on this – hard. The strictest round of capital controls were rolled out to curb the outflows in January 2017, and “save China’s reputation.” Borrowing other people’s capital allowances became forbidden, and you now need an approved reason for the exchange – real estate buying not being one of them. There’s still methods to circumvent the controls, as we’ve discussed with former JP Morgan VP, Dr. Joseph Wang. It’s just not as easy as it once was. The People’s Bank of China (PBoC) also recruited 400,000 people to crackdown on outflows, to make it as difficult as possible.

Global real estate markets noticed this almost immediately. Markets favoured by Mainland Chinese buyers, like Australia and New Zealand, are seeing significant declines in buying activity. Even Hong Kong, the easiest place to smurf into, is now seeing developers turn away due to Mainland Chinese capital controls. Canada, which has one of the most opaque real estate markets in the world, continues to debate whether this is an issue. It’s super easy to spread FUD, when there’s no verifiable data for the market.

I’m sure in two or three years, we’ll get an official government answer. Until then, those looking for more immediate numbers, should look to the 34% decline we’ve seen in wealthy immigrants last year. I know this is going to make many Vancouver agents shed a tear, but the money train has probably left. Although I’m sure many of you are being told you need to buy before a foreign buyer scoops your only chance at homeownership.

Note: Non-permanent resident buying is different from foreign pre-sale financing. Many presale projects are sold overseas, and sold back to the market as assignments before the building registers. This form of buying is minimally impacted by Chinese capital controls, although judging by the surge in overseas selling fees, it’s becoming harder to sell these as well. Investors aren’t stupid, they’re looking to make a buck – which is more difficult once the market starts falling from peak.